The Intricacies of Brick Facades 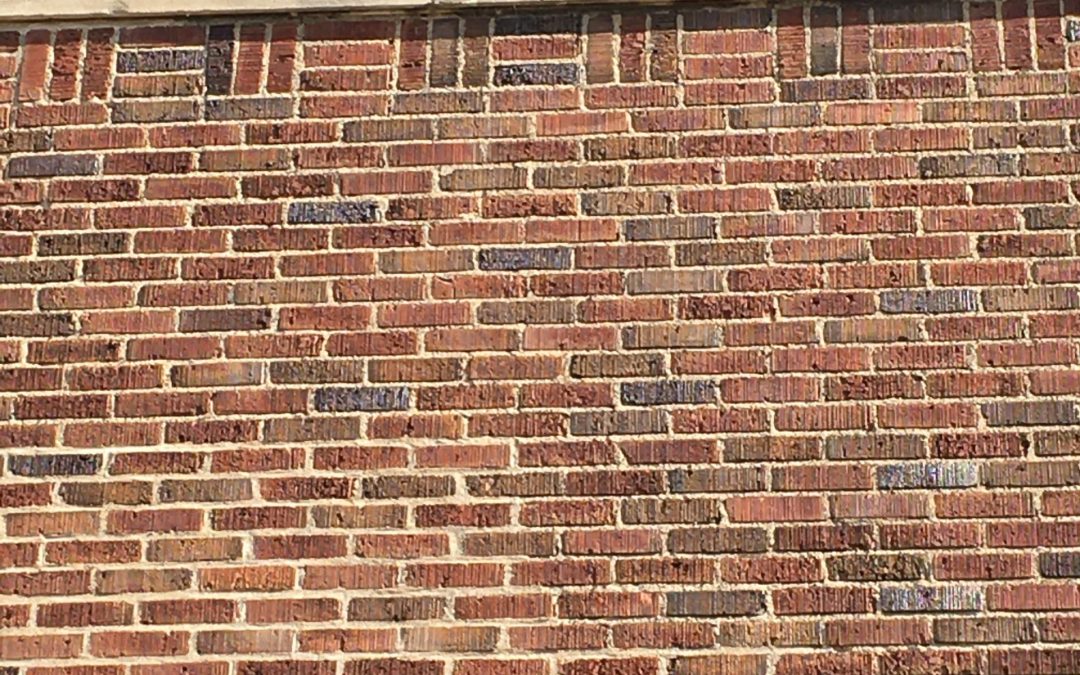 The Intricacies of Brick Facades

Home >> The Intricacies of Brick Facades

The Details of Decorative Brickwork

Have a property with an elaborate brick facade? Worried about the maintenance of your beautiful brickwork? Simply curious how workers make brick walls?

Brickwork is an architectural style that is filled with interesting details. First, we’ll outline the construction techniques for brick facades. Then, we’ll discuss some of the many styles of brick facades. To finish, three examples of brickwork are shown and discussed.

MBI Inspections thoroughly inspect the details of your property, including brickwork. Learn more about our inspection services here.

Brick walls are purposefully deceiving. Originally, brick walls were façades because in French, that means fake or apparent. For example, brick walls look structural, as if they support the roof or window above. However, bricks are entirely decorative and are poor structures alone.

How are bricks so deceiving? Well, the supporting structure is purposefully hidden from the plain eye! However, each brick wall requires a ledge, weep holes, and mortar.

The first step in construction is a foundation brick ledge. A brick ledge is made by masons at the foundation, stacking Concrete Masonry Units (CMUs) or pouring concrete with a 6″ ledge. These ledges should start below the ground level in order to prevent water buildup between wall cavities.

We won’t go into the extreme detail of brick ledges, but it’s still important to understand the foundational structure to brick facades. Concrete foundation, whether CMUs or poured, can support an incredible amount of weight. 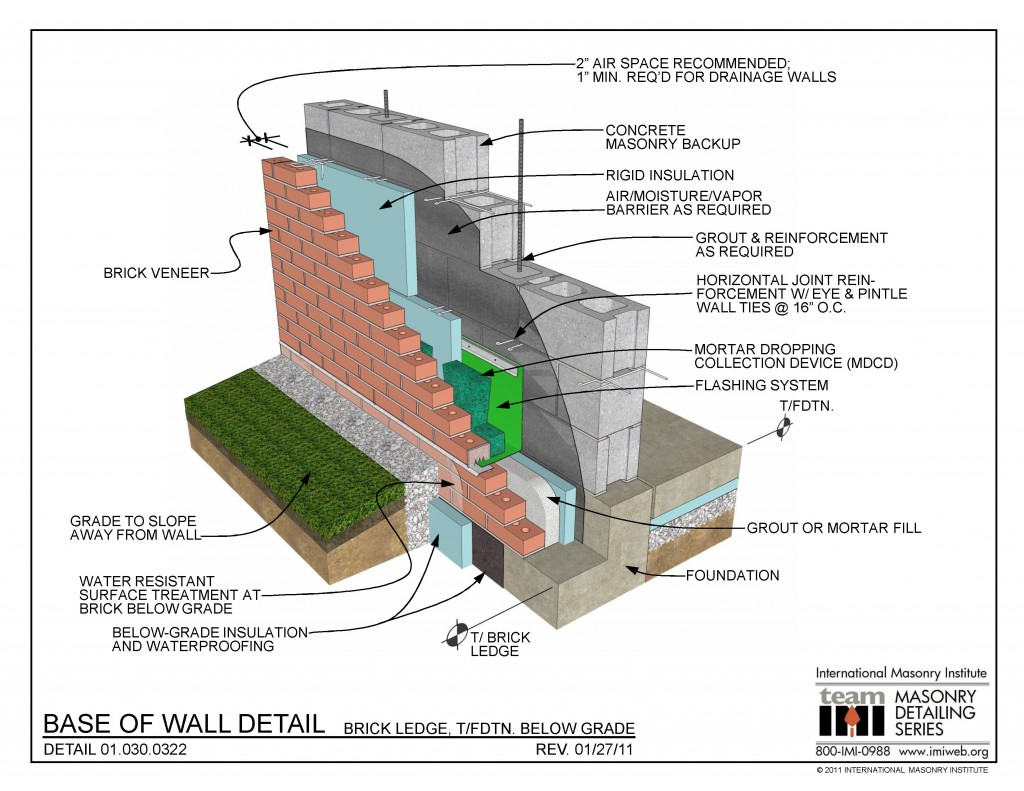 Detail made by the International Masonry Institute. Brick Ledge detail.

The detail above, made by the International Masonry Institute, shows a foundation with a brick ledge. Learn more about art of masonry at the IMI site.

Weep holes allow moisture to exit the wall cavity between brick and structure. They are little gaps between the mortar and brick layers, typically spread out every eight courses. States have unique building code requirements for weep holes, but generally weep holes are required by law every 33″ from the center of the wall.

Bricks need mortar. Mortar deteriorates relatively quickly, especially in inclement weather. Mortar is necessary for a brick facade because it holds the bricks together and provides structure to the veneer. Some signs of deteriorated mortar includes efflorescence and cracking.

Designers and masons can get quite creative with brickwork. First, masons can place each individual brick in a particular orientation within a wall. Second, the collective row of bricks, also called a course, can have many patterns of brick orientations to make a repeating, holistic pattern.

There are five typical brick orientations. Below, imagine the red face is the exposed brick facade. The stretcher orientation is common. It gets its name from the stretched, exposed face. Headers expose only the short and thick side of a brick, hiding the long edges. Often, designers use headers as window sills or above windows or doors as – well, headers! The rowlock orientation is similar to the header, however it’s instead turned on its taller side. Still, the long side is hidden from view. 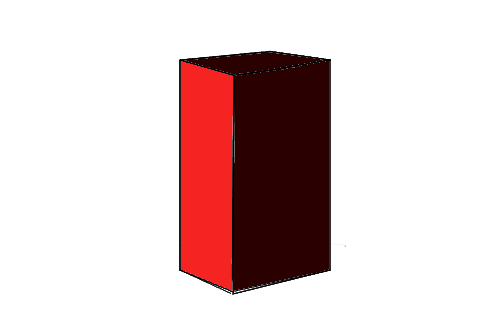 Bricks in soldier orientation stand up tall and narrow- like a soldier in formation. Often times, soldier style is designed into a facade above windows or doors. 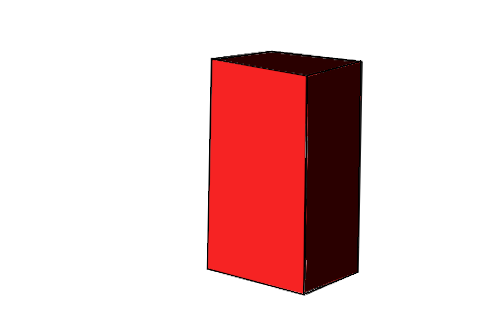 Sailor orientation is similar to soldier, however the thick side is exposed instead. This is a rare orientation.

When bricks are repeatedly placed in a row, or course, they create a visual pattern. Since bricks are decorative, this brick facade can look interesting as the patterns of orientations vary. Below, there are some pictures of different course patterns MBI has inspected! 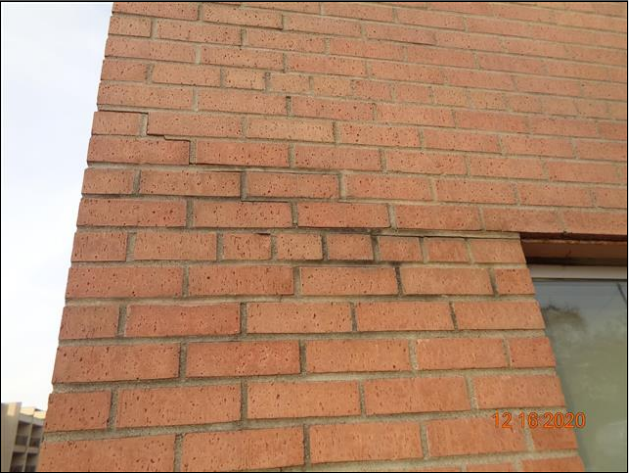 Brickwork and stepped cracking. Can you identify the course patterns?

This picture shows two details. First, it shows what stepped cracking is. Notice the cracks in the mortar, gradually stepping higher and higher? Numerous issues cause cracking in brick veneers, however they often are weather-related. Although sometimes bricks settle and move, causing similar cracks to form.

Additionally, this photo shows a typical brick pattern. Each course up to the window header has bricks laid in a stretcher orientation. Then, at the header, the bricks follow a header and rowlock pattern. Sometimes it’s difficult to tell if a course pattern is purposeful or accidental! 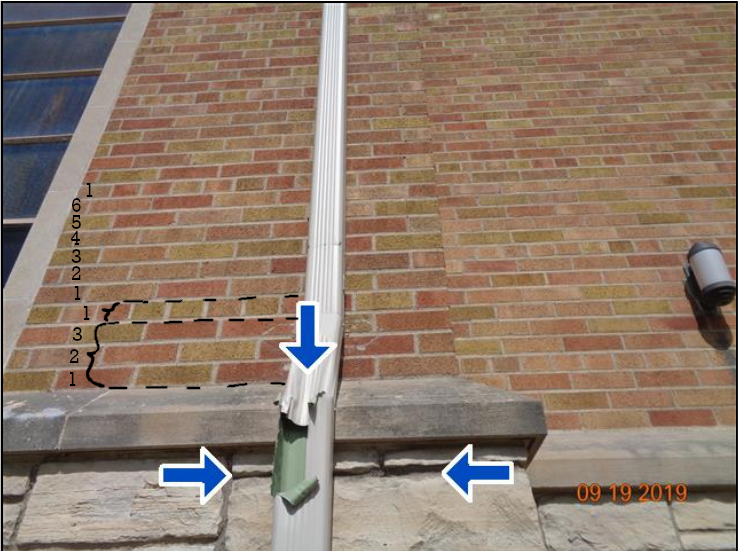 Brick patterns: both stretchers and headers.

Again, this photo shows us two things. First, the stone beneath the cap and cracked gutter has no mortar left. The blue arrows are pointing to the problem.

Second, the brickwork in this photo is a little more purposeful than the previous. In this photo, notice the three courses of stretcher bricks. After the first three courses, masons placed bricks in the header orientations. Then, the brickwork follows a pattern! After every six stretcher courses, masons added a header. Go ahead- count them! Often, this pattern allows room for weep holes, while also hiding them better. 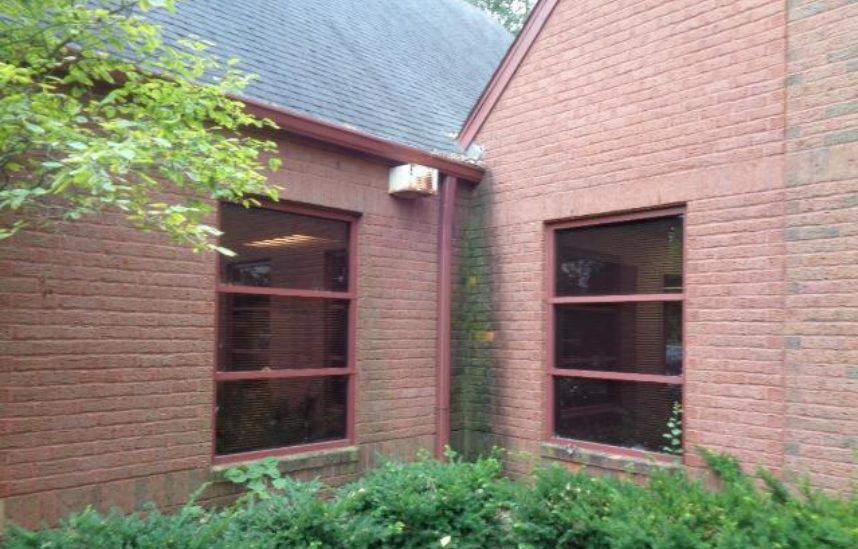 Bricks in Soldier Course above and below windows

Notice the eroding and stained brick from the gutter? That corner makes beautiful brickwork look nasty! Fixing the gutter would remove the constant stream of water and prevent erosion and staining.

Additionally, this brickwork follows a typical stretcher course with two exceptions. At the head and sill of openings, bricks instead follow a soldier course. Visually, this pattern gives emphasis to the center of the walls and windows. It also separates the roofing structure from the interior walls, a tactic often used in gothic architecture in order to emphasis high sloped roofs!

Structural brick walls affect each construction step differently than a traditional steel or wood framed building. Floor and roof connections are slightly modified to accommodate for the vertical foundational supports. Also, structural brick walls can have an exterior brick facade!

Reach Out to MBI Inspections

Have a question about brickwork or restoration? Please contact us!

At MBI Inspections, we have inspected retail/strip malls, clinics, assisted living facilities, and more. We’ve conducted commercial inspection assessments for 12 years and counting, all across the country, with over 400 properties inspected. Learn more about the team at MBI Inspections.

Brandon Nguyen-Calkins has a B.S. in Technical Writing and an A.A.S. in Architectural Technology. At MBI Inspections, he works as web developer and SEO manager, content writer, and report writer. Initially inspired by the aesthetics, Brandon started in residential designs and has now shifted towards the technical details. In his spare time, he enjoys sight-seeing on his walks and writing all kinds of works. He loves dormers and brickwork.